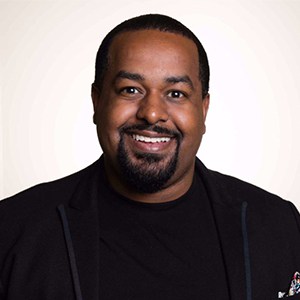 Values’ CEO, Joshua DuBois, is one of our country’s top voices on community partnerships and issues related to race and religion. Joshua led the White House Office of Faith-based and Neighborhood Partnerships in President Obama’s first term and was called the President’s “Pastor-in-Chief” by TIME Magazine. He spearheaded the White House’s work on responsible fatherhood, grassroots community partnerships, and religion in foreign affairs, and brought together leaders from across the ideological spectrum to tackle the nation’s biggest challenges. Joshua is the author of the bestselling book, The President’s Devotional: The Daily Readings that Inspired President Obama, a compilation of the devotional meditations he shared with the President and narratives of faith in public life.

Joshua now leads Values Partnerships, where a diverse team develops creative engagement campaigns for diverse sectors and audiences, provides strategic advice on complex issues, and markets and produces films and television programs with meaning and value. Joshua has been named to “The Root 100” and Ebony Magazine‘s “Power 150” list of the most influential African Americans in the country. He has authored four cover stories for Newsweek magazine, including a seminal piece entitled “The Fight for Black Men” which historian Taylor Branch called “stunning.” With his wife and Values’ President, Michelle, he Executive Produced the Image Award-winning documentary for HISTORY, “The 44th President In His Own Words.”

Joshua received his Master’s Degree in Public Affairs from Princeton University’s Woodrow Wilson School and his Bachelor’s Degree from Boston University. Joshua originally hails from Nashville, Tennessee. He and Michelle live outside of D.C. with their son, August, daughter, Adelaide, and insane Yorkie, Cinco. 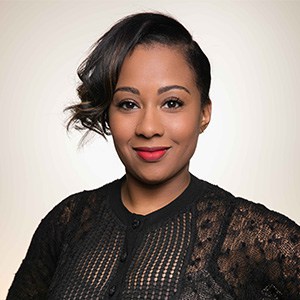 Michelle DuBois is President of Values Partnerships where she manages all of the firm’s operations and provides strategic advice on client engagement. Michelle comes to Values Partnerships from the U.S Department of Commerce where she served as a Policy Advisor in the Office of General Counsel. In that role she provided strategic advice to the General Counsel on complex operational and legal issues. Prior to that, she was the Deputy Director of the National Export Initiative, a Presidential initiative at the Department of Commerce aimed at doubling U.S. exports to markets across the globe. Michelle holds a Bachelors Degree and Juris Doctorate from DePaul University in Chicago, Illinois. 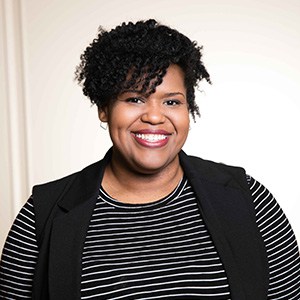 Courtney is a Senior Project Manager at Values Partnerships. She manages day-to-day operations along with working with a range of clients focusing on engagement campaigns for film and television. Prior to her work at Values Partnerships, Courtney worked with the DC Public Charter School Board and Union Labor Life Insurance Company. A native of Kentucky, Courtney enjoys karaoke, trivia nights and musical theatre. 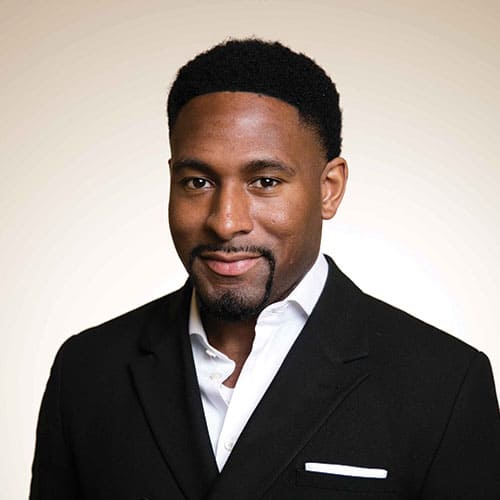 A communicator, social innovator, and entrepreneur Brandon leads our work on technology and entrepreneurship, including leading a nationwide casting tour focused on bringing more diverse ideas and voices to ABC’s hit show, Shark Tank. He is also leading an effort to support entrepreneurs through developing a network of capital, skill-building, and other resources. In 2015, he worked with A+E Networks, iHeartMedia, and the United Way to develop the Shining A Light Concert for Progress on Race in America, Shining a Light Fund, and Conversations on Race in America documentary. Previously, Brandon worked as a consultant assisting disruptive and social impact organizations with digital strategy, online advocacy, and navigating the federal system. He spent 5 years in the U.S. Senate where he handled technology, small business, and defense policy. During the 2012 campaign cycle, Brandon served as Political Action Committee Chair for the NAACP’s Washington, DC Branch where he led GOTV efforts and established the Branch’s digital presence.

Following the campaign, he worked on the digital team of the 57th Presidential Inaugural Committee and served as interim Executive Director of INSIGHT. In the community, Brandon currently serves as Director of IMPACT where he manages web content and civic engagement.

Brandon assisted in planning the first My Brother’s Keeper Data Jam which laid the groundwork for evidence-based MBK work around the country. He is also a mentor Qeyno Labs’ My Brother’s Keeper hackathons; engaging thousands of young men of color in computer science education nationwide. He was appointed to the D.C. Commission on National and Community Service by the Mayor of Washington, D.C., where he currently serves at Vice-Chair. He was also appointed to the DC Commission on Fashion, Arts, and Events.

Brandon provides commentary on policy, politics, and entrepreneurship. He has been featured on TVOne, CCTV America, BBC, NPR, Fox News, and other outlets. A former Division-1 track athlete, Brandon is a graduate of Oral Roberts University. 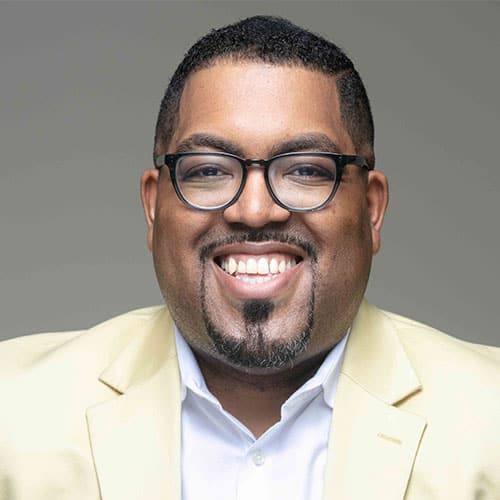 Nicholas I. Wiggins currently serves as a senior consultant at Values Partnerships. Prior to this position, he worked at the National Association for the Advancement of Colored People (NAACP). During his six year tenure at NAACP, he assisted in the planning and execution of the NAACP Image Awards and the organization’s Annual Convention, served as the lead on its NAACP Experience expo and Leadership 500 Summit, and developed external relations strategy for the chairman and board of directors.

Nicholas began his career as a member of the faculty of the Newark Boys Chorus School (NBCS), an independent school for young men in Newark, New Jersey. At NBCS, he offered students in grades fifth through eighth a daily dose of American and African American history, world culture, and civics.

Nicholas remains civically involved in many different and unique ways, maintaining membership in the National Urban League, Southern Poverty Law Center, Human Rights Campaign, and as an ambassador to the Smithsonian National Museum of African American History and Culture. 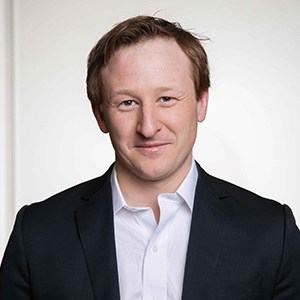 Scott Buckhout is a senior consultant with Values Partnerships, working with clients on a range of issues, from anti-human trafficking campaigns for the National Underground Railroad Freedom Center to identifying entrepreneurs to appear on ABC’s Shark Tank. Scott comes to Values Partnerships after years of impactful work with the White House in the Office of Faith-based and Neighborhood Partnerships, the National Economic Council, and the U.S. Department of Treasury. He is a proud native of Cincinnati, Ohio, graduate of Davidson College and member of Restoration Anglican Church in Arlington, VA. 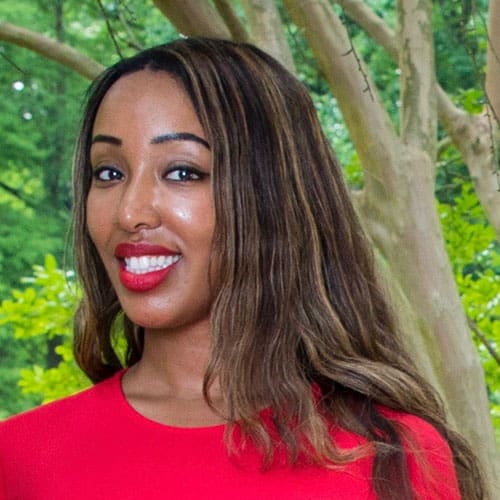 Bontu Itana leads key projects and initiatives related to race, inclusion, beauty and culture for Values. Bontu is a 2008 graduate of Howard University and holds an MBA from Loyola University Maryland. 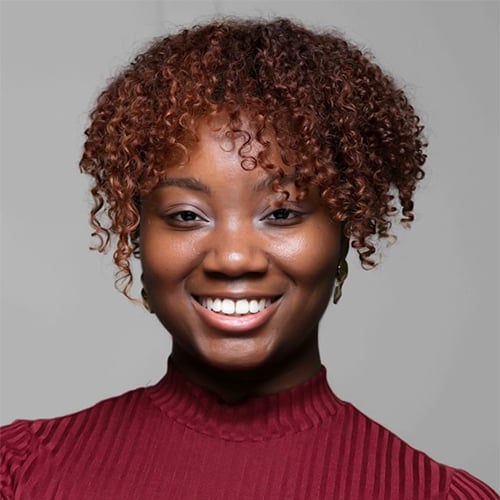 Ariel is also the public relations consultant for the Dance Institute of Washington, a major dance education nonprofit in Washington, D.C., and a part of ANJPR Consulting, LLC, a public relations, branding and event production agency in the D.C. metropolitan area. Ariel has done several other freelance projects with local brands and entrepreneurs, such as B Derm Esthetics, JJ's Natural Juices, and more.

A native of Washington D.C., Ariel obtained her Bachelor of Arts in Public Relations with a minor in Nonprofit Organizational Studies from the University of Oklahoma. In her spare time, she enjoys listening to music, finding new vegan recipes and doing it for the culture. 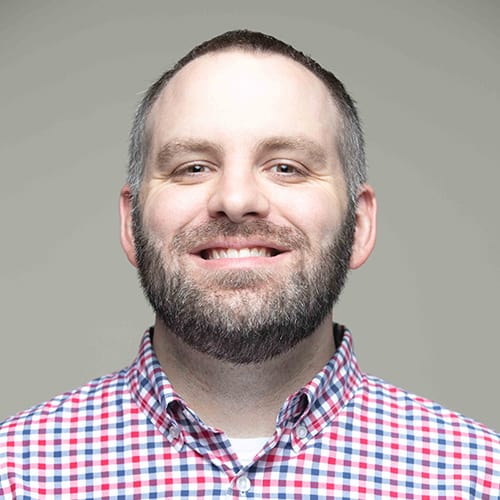 Chris Diggs is the lead designer at Values Partnerships. From Louisville, Kentucky, Chris has over 15 years of experience as a designer and has worked with companies like Paramount Pictures, NHL, HISTORY, A+E, Lifetime, Google, HISTORY, OWN, Shark Tank and many others.

Chris, a longtime University of Kentucky fan, resides in Louisville with his wife Cathy, daughter Jovi, and their never-ending revolving door of animals.

Our work makes an impact.

Let's partner together.
Get in Touch